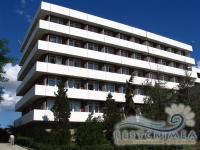 n the coastal city of Sudak, near Sudak aquapark located pension "Zvezdnui" - a cheap boarding house, located at the beginning of a cypress alley - entertainment center of the city. Pension specializes in family vacation. 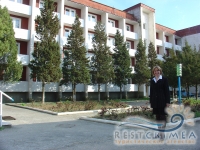 8 km from Feodosia, in the village of Riverside is a cozy comfortable pension "Zolotoi Bereg". One of the few resorts in Crimea, where the food is organized according to "Swedish table". Pension Zolotoi Bereg is recommended for families with children. Shells are located 150 meters from the sea.

One of the most beautiful places in the world - Spa. Here, at the foot of the south-western slope of the legendary extinct volcano Kara-Dag, 35 km from the town of Feodosia located guesthouse "Crimean Primorye". 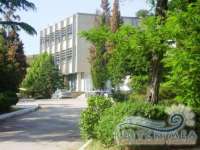 Sudak - one of the most beautiful places in Crimea, which is widely known for its ancient Genoese fortress.
In addition to the interesting history of Sudak has a colorful present. Currently, the city has been actively developing resort activities, and enters the ranks of the best on the peninsula.
Spa hotel of Air Force (formerly the Central military sanatorium Sudak) is spread on an area of 29 hectares of the central part of Sudak Bay to the east - almost to the mountains Alchak . 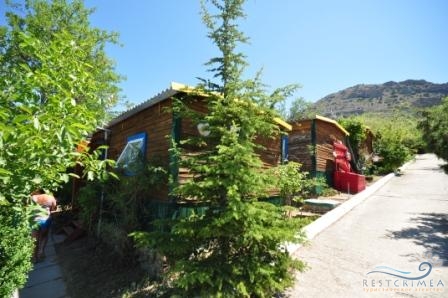 Pension Marianida - great for outdoor activities. Pension is located 12 km. from the city of Sudak in the village of fun on the western slope of Sentry-both on the coast of the Bay Kutlahskoy. Shells and pension houses are located at 100-150 m from the sea.

Feodosia - resort and industrial cent of Eastern Crimea. The city is located on poberezheobshirnogo Feodosiya Gulf.

near Feodosia are lakes with curative mud and drinking brackish water, which is used in spas of the city and far beyond it.

Sudak resort area formed relatively recently. Special "kimeriysky landscape, the abundance of nature and history, flavored with a fairly different fruits and wines. The city is located in a broad valley to the sea, is the second largest resort of Feodosiya area.